Not Boring Bandit was a sweet affectation much loved indoor only family cat until one day he ran away from home. He was missing for over six months, and when he was found and returned (hooray for microchips!) the experience had changed him. He became aggressive and unpredictable and the family was no longer able to look after him.
Bandit was surrender to Cat People of Melbourne who have had him in care for almost a year. Our behavioural carers have worked with him, we’ve used vet recommended behavioural medications and they have helped but he would still be unpredictable at times. Then his carers discovered Bandit loved boxes. Boxes means Bandit is happy, he likes to sit in them, sleep in them, move around from box to box… they work for him. And no medication side effects, ecologically sound (recyclable) and most importantly happy Bandit means happy people!
So we are looking for someone special to adopt or permanently foster Bandit. Whoever takes on this big boy needs to understand that sometimes PTSD happens and simply doesn’t go away, no matter how much we love them. He’s a challenge but he’s a big lovely one and we think he’s worth it. Are you up for it?

Con’s: * does not like other animals.
* cat run preferable
* can be aggressive towards humans.
* No kids allowed
* Can be territorial around doors
* fast reactions
* mood swings
* has the potential to also self harm

Bandit is a healthy cat who has been wormed, flea treated, vaccinated, desexed and microchipped (microchip #956000003647270, source #RE101165). He is available for adoption or fostering right now! 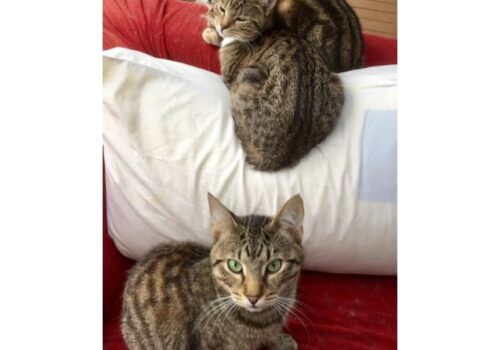 Saved from a hoarder situation, Calhoun and Nairne McHissy came into our care and have shown themselves to be a… 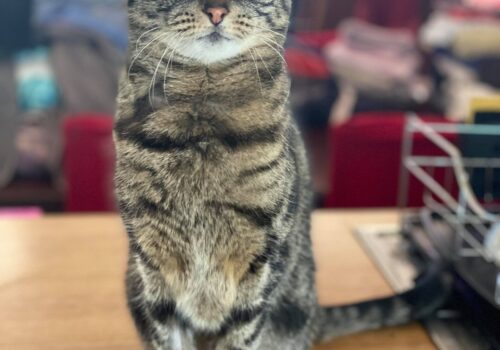 Twinkles was very badly named, she's actually a supermeowdel with the personality of Naomi Campbell (alternately charming and cheeky), the… 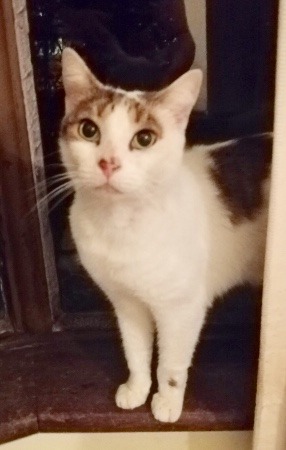 Submit your adoption enquiry now!
©2022 Cat People of Melbourne Inc. Finding homes for cats and cats for humans since 2016.